We have reached the end of 2017, and as per tradition, in the name of the SIETAR Italia Board, I wish you and your dear ones the best wishes for Christmas and a Wonderful 2018. 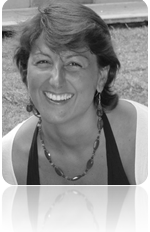 2017 has been a busy year for SIETAR Italia. We have consolidated the presence of SIETAR Italia on the social networks and we have entered into partnerships with institutions which partly share our mission. Members and sympathizers of SIETAR Italy are constantly kept abreast of things thanks to our communciation team of which Paola Motta and Eliza Nash are driving forces. Facebook is kept up-to-date by Cristina Volpi’s daily posts, and Peter Anderson edits the English texts. We have also updated the SIETAR Italia website with the scheduled events, as well as the profiles and contacts of the Members of the Board and the Members of the Advisory Committee, thanks to the cooperation of the volunteer Lorenzo Gabriele Fignon. We would not have been able to do many of the things we did without the internship of Gradiola Kalaj of the Carinthia University of Applied Sciences, who has helped us out with the communication and organization of events. The administrative side of the Society are carried out by Elizabeth Abbott and our accountant Marco Parnaso.

I take this opportunity to remind everyone of the activities and initiatives that SIETAR Italia has delivered during 2017. We organized two wide-ranging events, which attracted many Interculturalists both nationally and internationally and to network with Interculturalists from SIETAR Europa and Global Connect. In particular, we organized the meeting coinciding with the Annual General Meeting on 11th February 2017 on The Development of Global and Sustainable Leaders by Bettina Gehrke. In May 2017, we organized the IX SIETAR Italia Conference on Multicultural Identity in the world today: more than 100 people took part, both from Italy and abroad. Five more seminars were also organized on various issues from the management of diversity to the different areas of the world.

We know we are rather “Milancentric”, however, this is not a deliberate choice. SIETAR Italia seminars are organized in Milan for the simple reason that the event organizing team, coordinated by Paola Motta, is based in Milan, and consequently it is easier to set them up here. This does not mean that SIETAR Italia will not organize events and initiatives throughout the national territory: we would like to remind everyone that if members in other towns want to organize local groups or events, we are happy to support them.

We have created a “call for presentations” for the 2018 calendar of seminars, which you will find on the website or by clicking here. In 2018, we are not going to organize the SIETAR Annual Conference. The organization of the IX Conference of SIETAR Italia in May 2017 was very hard work for the people who organized it.  We have, however, just published “Multicultural Identities: Challening the Sense of Belonging” (by Maura Di Mauro and Bettina Gehrke, 2018 – Fondazione Intercultura Onlus editions), with the proceedings of the IX SIETAR Italia Congress. This publication will be distributed free of charge to those who participated in the IX Congress, to those attending the celebrations for the 10th anniversary of SIETAR Italia and to all members who join in 2018.

We will begin 2018 with the Annual General Meeting and celebrations for SIETAR Italia’s 10th Birthday Party, to which Members and Non-Members are invited. At the AGM, the Board will report on the activities done in 2017 and the financial situation. All the Members who would like to get involved in the Association can stand as candidates for the Board. We would like Members to share opinions, expectations and ideas. We started the first meetings in 2007 and the foundation was in 2009: the question now is, where do we go from here? We would also like to discuss possible changes to the current set-up of the Association.

We look forward to seeing you on 27th January 2018! For details of the program and participation click here for SIETAR Italia Members and Non-Members.

Click here for the 10 events scheduled  in 2018 and a reminder that the program has been included in the events that award training credits for the Association of Social Workers in Lombardy thanks to Elisa Kalaj. Moreover, in 2018 SIETAR Italia will undertake research on the concept of Fear, “Contrasting Fear: Creating Antibodies, Finding Antidotes” which will be coordinated by our Vice President Paola Motta and suported by the Milan Town Council. As an Intercultural Association, we are concerned about the spreading of radicalism, extremism and the violence against those perceived as different. We are committed to fighting and preventing behavior based on ethnocentrism and radicalization towards those who are different. The publication “Multicultural Identities: Challenging the Sense of Belonging”, as well as the research on the concept of fear, seek to provide greater understanding of the subject and provide tools to confront and find solutions to the problem.

We hope to you all on 27th of January at the SIETAR Italia 10th Birthday Party! 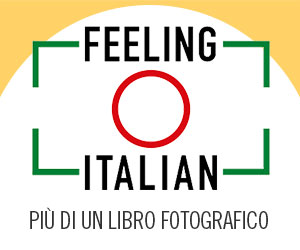 Buy your copy of "Cook book" from SIETAR to enrich your kitchen!

We are part of